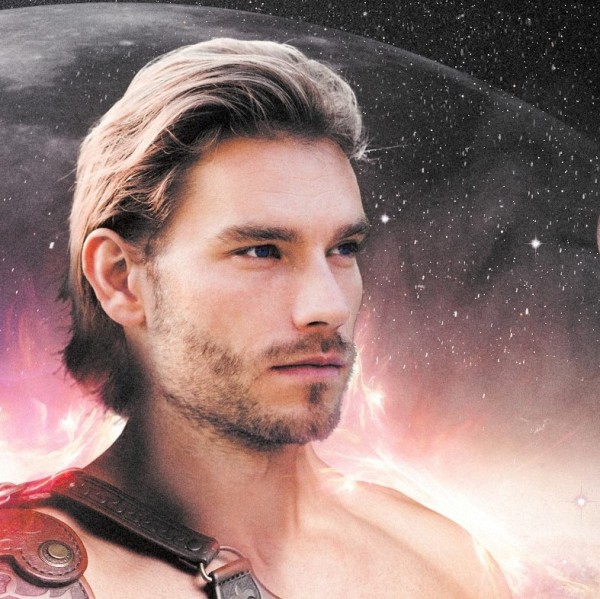 Arrogant, impulsive, and dangerous – that would be one way to describe Prince Lonn of Otharn, and it would be accurate, but he is also brave, strong, dutiful, and fiercely loyal to those he cares about. Lonn is the first born son and the crown prince of Otharn, a fact he can never forgot. He was raised from birth to inherit the throne and continue his father’s legacy of peace, prosperity and justice throughout the joined worlds. The cracks only started to show when Lonn realized that his father’s idea of ‘justice’ included sending his beloved brother Vell into slavery, a harsh, brutal punishment that almost destroyed Lonn’s family.

Lonn solved that problem, as he solved so many others, at the razor-sharp tip of his ancestral spear Skarpur, and from there our adventures began in Book One of the Thrall Prince series, Prince for Sale.

Now, we head into Book Three, The Arcane Heart, and Lonn is the star of the show. On the distant, mountainous world of Tornatt, Lonn meets someone he believes was sent to him by fate. But was it fate, or was there a more sinister plot behind his meeting with Llias of Fryst? More importantly, can Lonn overcome his own arrogance and see things from someone else’s perspective, for once? Llias is a prisoner that Lonn would like to call a guest, but all Llias wants to do is go home.